We’re delighted to announce that on 30th April we won the Hard Rock Rising final for London!! 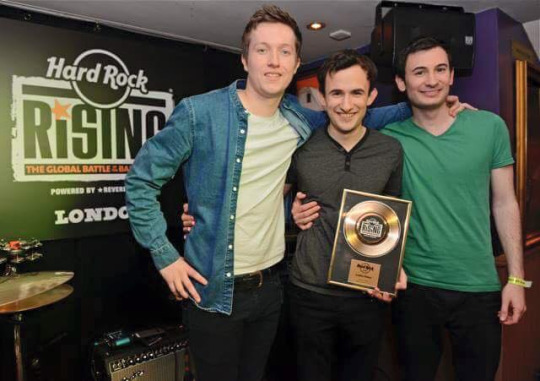 Back in January we entered the world’s biggest battle of the bands competition. Hard Rock Rising searches for new emerging talent from 30 cities across the world and from that, five cities’ acts are selected to play at the Barcelona Festival in July in front of 60,000 people.

Each city holds its own competition where around 300 hopeful acts sign up and fans are invited to vote for their act to reach one of two live semi-finals. You guys voted your hearts out for us and we were fortunate enough to make the semi’s along with seven other really great bands. Amazingly the judges; Ed Poston (A&R Manager, Glassnote Records), Kylie Olsson (TV and Radio presenter/journalist for Sky Arts) and James Curran (Head of Music, Absolute Radio) unanimously decided that Narrow Plains were their favourite act of the night and put us through to the grand final for London along with EditSelect and Sophie DeBattista who played in the other semi-final. 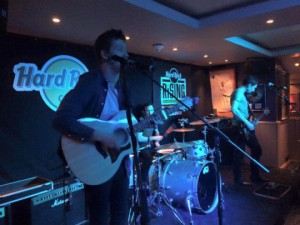 So last Thursday we hit the stage attempting to give our best ever live performances of Running to Your Door, Choices and So Rewind. The judges were again complimentary after our set and noted that we’d listened to and acted on the points they’d raised after our performance at the semi’s. We promptly packed our instruments and gear away and went to the bar for a drink whilst EditSelect hit the stage to play their set – and what a set it was! We were blown away with their powerful emotive sound that created a really electric atmosphere amongst the crowd. Unfortunately we weren’t able to see Sophie’s set as we were locked in the green room but heard from our friends that her hit ‘Beer Goggles’ went down a storm with the crowd and judges. We all felt at this point that it was anyone’s to win – the quality was that high. 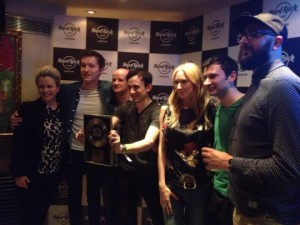 After that, the judges went away to decide the winner of the final and then called all the acts back on stage for the announcement. We were in utter disbelief when our compere for the evening, Absolute Radio’s Vicki Blight, said Narrow Plains had won Hard Rock Rising London and presented us with the coolest looking trophy ever! We were completely in shock, and were then told that we had to get set up again and play So Rewind one final time. It was an unbelievable evening that none of us will ever forget and we are so grateful to everyone who made the journey to see us for the semi final and final, and to anyone who’s supported us online with the voting stage and helping to promote the event over the last two weeks. We were also really chuffed to play at such an iconic venue – The Hard Rock Cafe, London. 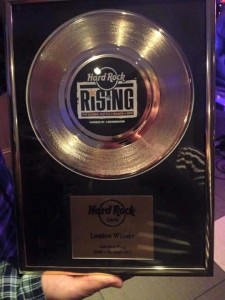 P.S  Please do check out EditSelect (@editselect), Sophie DeBattista (@sophiesofficial) and also Empathy Test (@empathytest), Forever & Out (@foreverandout) and Scarlett Baxter (@scarletbaxter) who we played with at the semi’s – their music is wonderful.