It’s been a while since our last update so what’s been occurring? Well, loads! 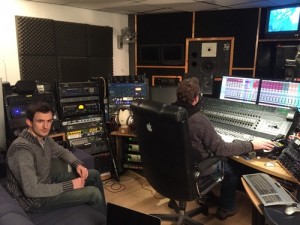 We are very excited to have signed an album deal with the Smart Indie (http://www.smartindie.co.uk) – a great new label run by Phil Shaw, who describes them as “an impressively small UK independent record label. We were born yesterday”. We are really delighted to join their growing roster of great artists. The Smart Indie is really the perfect partner for us as they believe in allowing their acts complete freedom to record the best music that they can.

However, this all means that we’ve had to knuckle down and get busy in the studio. The good news is that we get to work with Chris Daniels again at his studio in Brighton (http://www.organised-rhyme.com). The bad news is that the next few weekends are really busy with recording and putting the final touches to our new songs -so no gigging! 🙁

However, we did get the chance to play a live show at SW1 Radio with the wonderful Angelika Miller on her show. We debuted a couple of new songs “Let It Die” and “Evermore”; a revamped version of “Take Me Back” as well as playing a couple of our “standards” – “Choices” and “Dreams”. You can listen to the whole interview on Soundcloud (https://soundcloud.com/angelika-miller-1/narrow-plains-sw1radio-live-session-with-dj-angelika-miller)

We have also been doing pretty well in some online talent contests. We were a winning finalist in The Canadian Uprise.FM’s “Live In Your City” contest. We were also really honoured to be chosen by a prestigious panel of US music experts as the Judges’ Pick 2014 for Bands4Good. Our prize is a trip to Deep River studios in North Carolina for a three-day session with the legendary John Davenport who has worked with everybody who is anybody – Rolling Stones, Bruce Springsteen, John Lennon and Little Steven – to namedrop just a few!

We don’t have a release timetable for the album as yet but we’ll let you know as soon as we can. In the meantime, thanks so much for all your support!

All the best! Charlie, Stu and Rog